Can we have our ball back?

There are many reasons why we vote this way or that. Specific policies, broad principles, the personality of our constituency candidates or whether we prefer our prime minister to look like Wallace, Iggle Piggle or Homer Simpson.

The fact of the matter is, this May we have a once in a generation chance to save the NHS. True, it has become a political football over the last few years. Though the question to ask is: if that political football gets kicked over the garden fence, who do you want your neighbours to be?

So no, we don't think the Tories have our best interests at heart. In fact be careful to look after your heart becuase 5 more years of the NHS under Tory rule will surely put it under strain.

It would be easy to think that this stage managed election is as exciting to watch as two bald men fighting over a wig, but really, we will be in so much trouble if this lot get back in. When the Tories cherry pick, it is not just for dropping them into their drinks at a Downing Street cocktail party. It is for the NHS services that they can hive off to their privateering mates to cream off profit (normally at the expense of downbanding and reduced terms and conditions) leaving the remainder to be kept going by the rest of us. When did you last agree to your taxes going straight into the pockets of shareholders? Thought not. 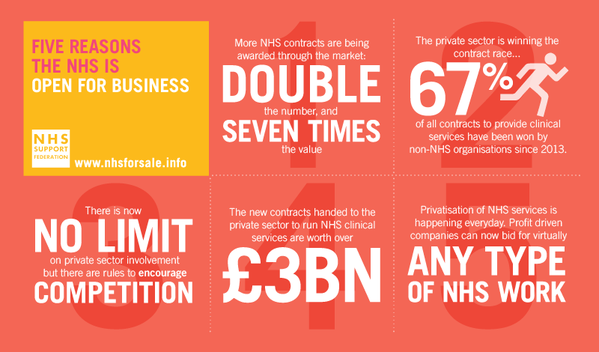 No, not all is rosy in Dave's garden. Despite what they say about ringfencing the NHS, all we have faced is cuts. Like an 8 legged factoid octopus, this graphic will show you how. Now that is not fab. 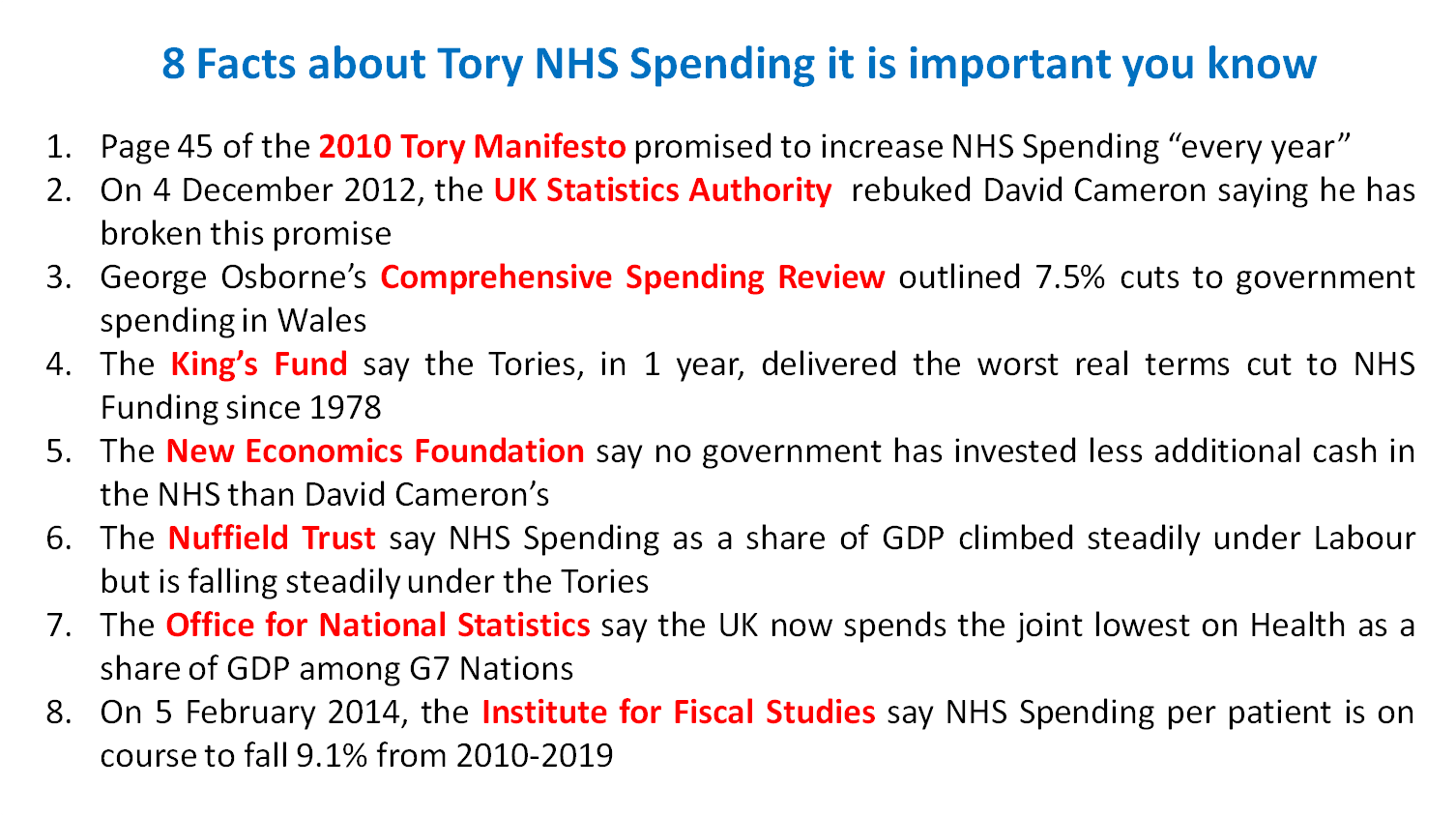 It's all about you.

The sight of hundreds of thousands of NHS staff taking to the streets and picket lines last year did nothing to endear us to the government. Those actions pulled them reluctantly to the table to throw a few hard won morsels our way. But win the next election they'll have a field day. They hated our so-called (by millionaire idiots) "gold plated pensions" and now they'll be after our unsocial hours, claiming that this will help fund the 7 day-a-week NHS. Once again they try to break the backs and the bank balances of hard working public sector workers.

If you needed a line in the sand, then this is it. Though you better build a trench if they get back in. 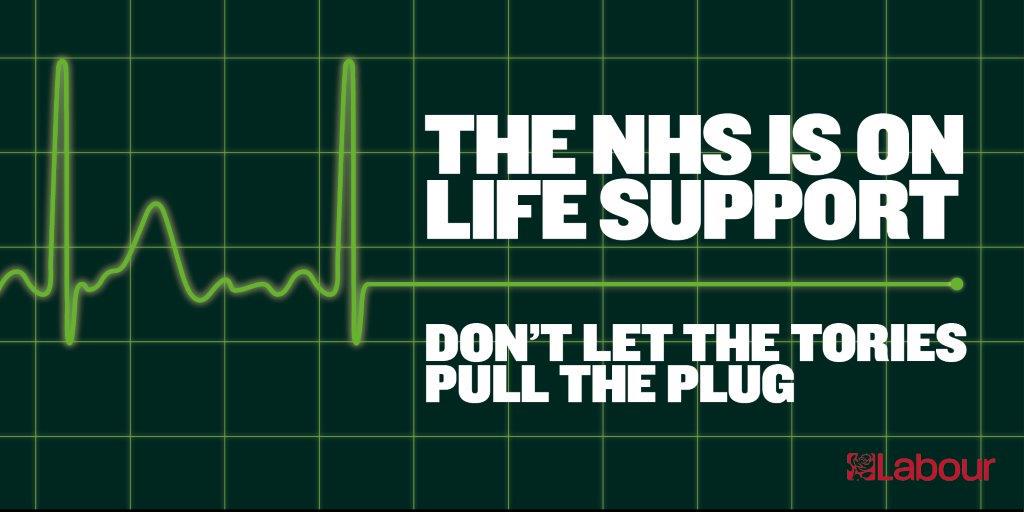